The 2018 World Cup is fast approaching, with national sides making their final preparations ahead of this summer’s tournament.

We now know the groups after December’s draw. England have been put together with Belgium, Tunisia and Panama in Group G.

Gareth Southgate’s side were not among the top seeds, meaning they featured in pot two during the proceedings.

And with England’s route now mapped out, Southgate will be able to ramp up preparations for the 2018 tournament. 2018 World cup, football News ,Gaming ,Betscore ,Casino …..Sports.vin ')}

The concert held in Velika Gorica was a special experience. Since I work in Franjo Lučić Art School as a singing teacher, the concert hall Glaženica where the concert took place, is actually the hall where my pupils perform each month. The venue was full and what was the most beautiful, it was full of familiar faces of parents of my children, my pupils, colleagues from my school and people from Velika Gorica who I meet on a daily basis. I would like to thank my colleagues Vesna and Antonija who gave me support before going out on the scene…

Velika Gorica, I hope that we will see each other next year in the big hall… no doubt about it! 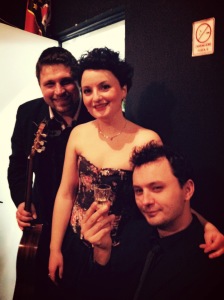 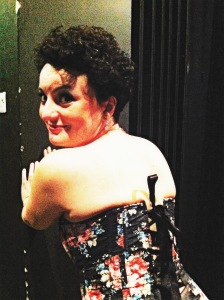 On 04 December, at the invitation of a cultural event organizer of the Student Centre in Zagreb, we held a sevdah concert in the Forum cinema. It was really beautiful to come again to the Student Centre, the all-known “Sava”, and to recall all the parties, sleepless nights and little romances we used to hide in rooms of the “Sava” dorm.

I sang that night for all the memories I have of this place.

Of course, my fellow musicians Ambrozije Puškarić on guitar and Tihomir Hosjak on contrabass were with me again… in every phrase.  🙂

While I was preparing for this concert I was very eager to perform and a little bit impatient. I started with my sevdah concerts in Scena Travno about a year ago, in October 2013.

Since then, many things have started to move, we held many concerts (Đakovo, Novi, Sad, Osijek, Zagreb, Bol). I felt honoured when Kulturni centar Travno (Travno Cultural Centre) opened its doors again and organised another concert. The hall was full, about three hundred people gathered… The audience sat on the steps and the additional seats were put. I had the impression that the audience was becoming more and more relaxed after each song. By the end of the concert the audience surrendered completely to the music and the atmosphere. As for me, the concert was way too short. J

I may not forget my beautiful fellow musicians, Ambrozije Puškarić on guitar and Tihomir Hojsak on contrabass, whose playing skills and musicality made this concert special. They make singing easy for me…

I was especially looking forward to performing in Vinkovci. The concert venue was full, the audience was delighted, and my Slavonija supported me as always. I want to thank Vinkovci and the beautiful “Joza Ivakić” theatre for their friendly hospitality. Thank you Dražen Bota for your photos. 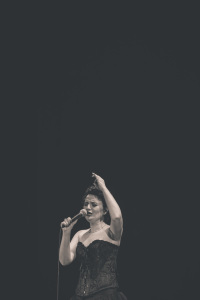 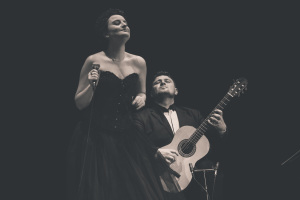 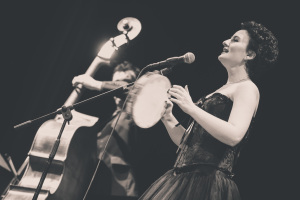